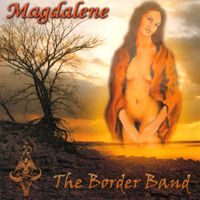 From the recording Magdalene

I am Joaquin Murrieta, the bandit caballero
My life is a legend, I lived long ago
I rode from Sonora through old California
I raided her valleys for horses and gold
Then the Ranger Gringos, los diablos, rode from Sacramento
They said, “Hey! Bring us the head of Joaquin when he’s dead...”

At the bend of the river Rosita was bathing
I watched from the shadows, in the moonlight she glowed
“Come away, my Rosita, to a sacred arroya
“Play soft guitar music, sing a language unknown”
Then the Ranger Gringos, los diablos, rode from Sacramento
They said, “Hey! Bring us the head of Joaquin when he’s dead...”

The heat of the sun falls on my sombero
The dust of the desert drinks the blood from my veins
A high sirocco blows from the Sierras
I hear Rosita Carmen Carlita calling my name
I am the ghost of Joaquin, around the campfires they sing
That Murrieta still rides, Rosita rides at my side

Singing “Ave Maria,” Rosita was praying
For I fell from my saddle on that fatal day
The Ranger was grinning, with bowie knife cutting
They took the head of Joaquin, they put my head on display
Then the Ranger Gringos, los diablos, rode to Sacramento
They said, “Hey! Here the head, Joaquin Murrieta is dead...”